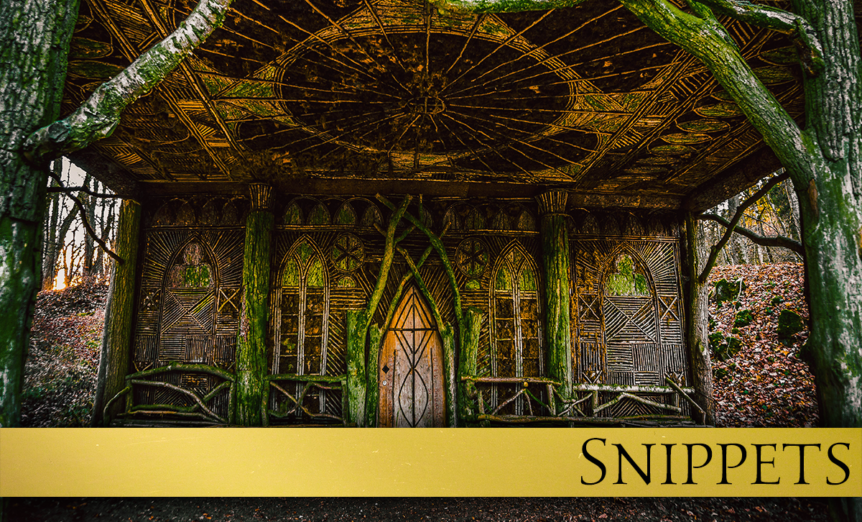 FROM MARTHA >>> Snippet #3 from DEALING IN MAGIC coming out November 24th! Got my Yoga on and now I’m back at the computer, winding up the book with a lot of new surprises. There’s a move in my future back to my old hometown of Chicago so my days are filled with writing and looking at condos online and wondering how I’ll walk an 85-pound dog across ice. Then I remind myself, that’s next winter and I put it back down again. One more warm Texas winter… Till then YTT team, it’s SNIPPET TIME!

Ossonia kept her word and helped Correk gain confidence over the next few days. “The two moons will be out soon. Time for you to be going.”

Correk took each step carefully, walking around the grounds of the royal gardens. His wounds were mended and the spells finally worked, knitting together the last of the broken bones. There wasn’t even a scar. Still, he took every step cautiously, doing his best to hide it. Perrom noticed but didn’t offer to help him. He knew Correk needed to do this for himself if he was ever going to be sure he was through the worst of it.

“Are you in pain?” Ossonia smiled as she said it. Correk was pushing himself, determined to get stronger even faster than what Gnomes predicted. Ossonia walked slowly alongside him.

“No… no. The magic is working. I can feel it. I can do this.” Correk grasped his hands behind his back, determined not to put them out at his sides. He stood up straighter, shutting his eyes, pulling the magic up through his feet. The energy felt unsteady inside of him.

Correk opened his eyes and let out a laugh. “I have said that to Leira a hundreds times. Now I’m the one trying to remember a basic rule I learned in grade school.”

Perrom looked past Correk at Ossonia as she turned away for a moment. The four pupils of his eyes shifting in both directions watching Correk and Ossonia at the same time, sliding back together to watch just Ossonia.

She wasn’t fast enough. Correk reached up and gently touched her arm. He shook his head. “I’m not trying to leave you… any of you. You are my family.” His voice caught. “But this mission, it matters. For both our worlds. I will be back someday to stay.”

Perrom gently slapped his friend on the back, laughing. “Of course you will. And we will all be here getting on with our lives, trying to make a difference, wondering how to do any of it without you.” He teased his friend, the squares along his skin flipping over to match the blue of the sky and back again.

“Tomorrow then,” said Ossonia. “We will walk you to the forest and help you with the portal. Just in case your skills have gotten rusty.”

Perrom let out a sharp laugh as Correk rolled his eyes. “Tomorrow then.”

Correk woke early and was up and dressed and taking a last look around his room. His bag was already packed. This time he would take a few change of clothes from Oriceran. He knew enough to know the leather britches and tunics would fit right in with most of Austin. “Keep Austin weird.”

“What? Are you ready?” Ossonia stood in the doorway. Her hair was in a long braid down her back with a long silver ribbon.

“Ossonia. I thought I was meeting you by the edge of the forest.”

“I thought I’d walk with you a little further.”

“Of course you will. This is your home.”

Correk picked up his bag and slung the strap over his shoulder as they left the room. “Altrea Extendia.” He felt the magic surge through him as the bronze stairs appeared, spraying sparks in the air. “It feels good to do even that small spell.” At the bottom of the long stairs King Oriceran and Queen Saria were waiting to see him off at the edge of the castle.

“We wanted to see you off and to give you this.” The queen handed over a wax bag of chewy candies. “Teach the humans a little about Oriceran and our idea of sweets.”

The king moved to the side and looked out over the forest. “It looks like you will have an escort every step of the way. I’m not sure I would even rate such a send off.”

“Thank you, your majesty. I’m honored you would…”

“Not us.” The king cut Correk off, smiling as he held out his arm. Correk looked to the left and saw all the Gnomes from the library walking toward them in the distance. The poppies on their hats were open and not one was blowing a raspberry. Behind them came the Witches and Wizards from nearby villages and the Light Elves from the castle were descending a staircase.

“You are something of a living legend,” said the king. “There’s even a particular group that wants to tell you something before you go.”

The Gnomes parted, stepping back one at a time to line both sides of the road as the prophets stepped forward. The Light Elf prophet came closer, his head down at first. He finally looked up at Correk, pain in his eyes. “We are in your debt. You helped save us all from a mistake we bear more than others. We never saw the darkness right inside our own group.”

“None of us did.” Correk shook his head. “Rhazdon has cost us all enough and for generations. Whatever needs to be forgiven, consider it done.” He held out his hand to the Light Elf. “Let us be grateful for our victory and come together for the good of everyone.”

The Light Elf looked at the king and finally took Correk’s hand, shaking it vigorously. A cheer went up from the crowd as Correk wrapped his arm around him, slapping him on the back. “We are family. It will remain ever so.”

Correk stepped back and waved to the crowd, giving them all a slight bow. “I will do my best to honor Oriceran while I’m away.”

He walked to the forest’s edge where Perrom was waiting for him.

“What, no Wood Elves?” Correk smiled as Ossonia stood next to him.

“The forest has a thousand eyes, my friend. Everyone has come to see off the legend.”

“Oof, I seem to remember hundreds of others fighting alongside me.”

“You stepped in front of a fireball to save Leira Berens. Their are stories about what she was able to do with magic. The prophets are even talking about her as some kind of answer. A good omen. They won’t say any more than that. Typical cloaked meetings.”

“A detective from Austin, Texas who swears with every other breath she takes is the answer to our prophesies.” Correk arched an eyebrow and smiled.

“History has taken a curious turn,” laughed Perrom. “It will certainly not be the last.”

Correk took a few steps further into the woods but Perrom stopped him. “Just this once, we can create the portal here. I think all of Oriceran knows where you’re going this time and how you’re getting there.” He placed his hand on Correk’s shoulder sending a steady stream of energy through him. Correk cupped his hands and pulled up energy, creating a pulsing ball of light that grew deeper in color, expanding as it opened a portal.

On the other side he could see Leira’s living room just as he remembered it. He turned back and waved at the crowd.

“Best to get going. Portal is ready.” Perrom took his hand off Correk’s shoulder as Correk stepped through. He turned around in time to see Ossonia wave as the portal closed, the sparks shooting out into the living room.

“Motherfucker?” The troll came bounding out of the kitchen, bouncing off the arm of the chair and flying straight at Correk, his tiny arms outstretched. He landed neatly on his shoulder, digging in lightly with his claws to anchor himself.

“The unofficial Earth greeting. Now I know I’m home.” Correk rubbed the tiny troll’s head and let out a deep breath. “Maybe we sit down on the couch to wait for Leira.”

“Have you been talking up a storm while I was gone?” Correk plucked the troll off his shoulder and held him out in front of him in the palm of his hand. Yumfuck let out a soft trill.

Correk sat down and rested his head back against the couch just to close his eyes for a moment, easily falling asleep. His dreams were filled with memories from the battle as he saw the fireball being formed again. He mumbled the spell in his sleep, pulling the fireball toward himself, crying out in his sleep.

Yumfuck started and darted back to his shoulder, rubbing Correk’s head.