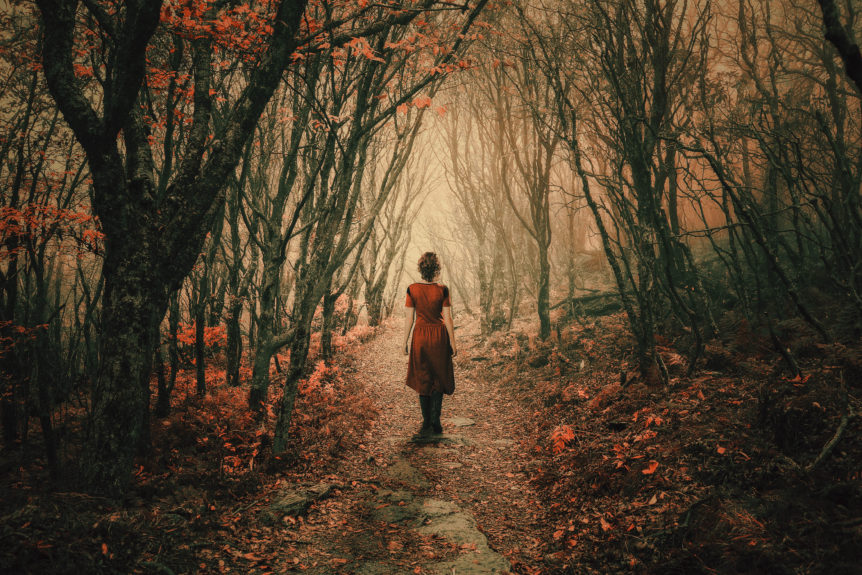 For as long as history can remember, we’ve always been fascinated by the mystical arts and the supernatural. Humans love to tell tales of spirits and monsters, of people who can harness the essence of the world and form magic. However, there is always such a duality to magic and we can see how our attitudes have shifted toward it over time. We can find stories all throughout history of people who dabble in magic, from cautionary tales of witches who will eat naughty children to thrilling novels of powerful wizards that protect our world. Most commonly, we’ll read about witches, wizards, and warlocks – but what exactly are witches, wizards, and warlocks?

To briefly summarize, witches are typically women who learn magic via spell books or learning from another, such as in a school environment like  Hogwarts. Wizards are typically men who mix their knowledge of magic and science to create powerful spells. Warlocks tend to get a bad rap, sometimes comprised of men and women who make deals with fiends and demons for their power, and other times wizards who have turned to the Dark Side by breaking their oath.

However, as with anything dealing with life and magic, it’s not as simple as that.

First Appearances of Witches, Wizards, and Warlocks in Fiction

We can see the beginnings of our magical beings in fantasy by first turning to the ever-lovely Morgan le Fay. Created by Geoffrey of Monmouth in 1150, she began her career as a witch with first tending to and healing a wounded King Arthur. We then see her evolution as others write her; making her Arthur’s sister and then turning her magic against Arthur due to unrequited love. Over the course of literary history, she goes from a gentle healer to a woman scorned, using her powers for evil. Even today when we think of Morgan le Fay, we think of the woman who betrayed Arthur and she’s still widely considered to be an example of an evil witch. Still, if we continue to keep looking along our timeline, we do see Ms. le Fay with a variety of morality – good, evil, and in-between. Camelot 2050 by David J.R. Cartwright in 2018 portrays Morgana le Fay (another name for Morgan) as a woman of evil nature. On the flip side of the same year, we see Tanya Anne Crosby write Morgan Pendragon (yet another name) as a good character in Daughters of Avalon.

Around the same time as Morgan le Fay, we have the famous Merlin – King Arthur’s right hand man and advisor. We all know him as being a powerful and wise wizard, always with Camelot’s best intentions in mind. What if I told you that when he was originally created, he had little consistency? Various authors used him for various things, ranging from a mystery figure to a prophet to a madman. It wasn’t until later that we see him regarded as the friendly wizard we now know him as. Geoffrey of Monmouth appears again, having Merlin (based on a youth known as Ambrosius) as Arthur’s father’s advisor. Robert de Borron made Merlin a prophet of the Holy Grail. We even see in some parts of the Vulgate cycle that Merlin has an evil, demonic side to him. That eventually subsides and he returns to being a Holy Grail prophet.

Sometime later, we can see other examples of early witches in literature that can easily be pulled from Grimm’s Fairy Tales. We see the witch from Hansel and Gretel who attempts to eat the lost children, the Queen from Snow White and the Seven Dwarfs who attempts twice to kill the lovely princess, and the horrible hag that kidnapped and kept Rapunzel locked up – and those are just a few! There are many stories in Grimm’s Fairy Tales that often use evil witches as the antagonizing force. This idea of evil witches clung for many years. Even the Disney adaptations later on mostly kept to this, but there is one honorable mention I would like to bring up – Maleficent.

We’re familiar with the story of Sleeping Beauty – a beautiful princess cursed at the whim of a slighted witch, who is then defeated at the hands of a handsome prince and the princess rescued. Well, in 2014 Disney released a live-action adaptation of the tale titled after the witch. There we see Maleficent as a wide-eyed youth, falling in love before being betrayed by her lover. It’s that betrayal that causes her shift and turns her cold toward others, especially when her former lover marries the dying king’s daughter and becomes king himself. We then see the scene where she curses the child Aurora, and the good fairies take Aurora to the forest until her curse is passed. Here is where the story fully diverges and we see Maleficent become warm to the young princess – a protector and teacher. By the end of the movie, Maleficent has redeemed herself and broke her own curse of True Love on Aurora. What a change for her character─10 points to good witches!

Of course not all witches were perceived as evil at first. In Russian folklore, the Baba Yaga is a witch who rides around in a mortar, wielding a pestle, and lives in a house that moves around on giant chicken legs. She is an old woman, though tall and bone thin with a huge nose and iron teeth. When she arrives anywhere, there’s always a huge gale and the shrieking of spirits. Yikes, what a terrifying lady! Even her house screams. Still, she can be a help to heroes and sometimes gives advice or magic artifacts to those who need them─provided they are pure of heart, mind you. She’s even regarded as a guardian to the waters of Life and Death.

There’s also La Befana from Italian lore. She was once invited along with the Three Wise Men to see the baby Jesus for the first time, but she refused. Eventually, she came to regret not going with them and tries to find them again, but never succeeds. As a result, she leaves her gifts for other children on the night of January 5th, which is Epiphany Eve. La Befana is described as old, tattered, and covered in soot, riding around on a broomstick to deliver presents. She’s very much like Santa Claus, with the exception of naughty children. La Befana understands that it’s hard to be a good child all the time, so she leaves the naughty ones carbone (or black rock candy) that only looks like coal! That way, they still get something sweet to munch on. Say, why don’t we all get our presents delivered by a sweet witch from now on?

Ah, but of course these are all far older adaptations of witches and wizards. Magic users were feared and gained respect through that fear. Nowadays, we can enjoy our current day fantasy adaptations!

You may be familiar with the School of Necessary Magic series in our very own Oriceran Universe. Lead Raine Campbell discovers she’s a witch (powers gained through family) and throughout her years at school, does everything she can to be a hero; she goes on a hunt to find disappearing druids, mounts a search-and-rescue for a kidnapped friend, and works to get to the bottom of the biggest mystery of the semester! All of this while trying to become the first witch FBI agent.

Our next Oriceran witch is Maria Apple from the Midwest Magic Chronicles. Maria was born into a magic community and has also gained strange, magic powers from family. She uses these powers to save Earth from looming, spidery doom. However, she needs her powers to be able to win a war against many other magical creatures and beings, hellbent on taking over the world for their own. Our heroine has a lot to learn, and a lot of magic to help along the way.

Another cool thing to keep in mind is that bloodline magic doesn’t always have to come from family ties; it can come from demon blood within the family line. Introducing our warlock for the evening, Magnus Bane from the Shadowhunter Chronicles is a warlock born of a human mother… and one of the princes of hell. Luckily for him, this cool cat knows how to use his demon-father’s reputation to his advantage. Magnus helps whoever he can to the best of his ability as one of the most powerful people in the series.

I’ll also give a nod to the (in)famous Dungeons and Dragons RPG. The roleplaying game has all sorts of magic users; wizards and warlocks being two such people. Wizards use spell books, sometimes known as grimoires, to hold and keep track of their spells. They learn new spells through vigorous study and the greatest of wizards can even create new spells. One of the most famous D&D wizards is Elminster Aumar. He is one of the few chosen ones of the goddess of magic, Mystra. He has gained his abilities through her favors, going through many trials and tribulations to prove himself as well as further his magic ability. There has been times where he’s lost his magic and had to go on quests to regain it.

D&D Warlocks, on the other hand, are given magical aptitude through a patron deity, sometimes good and sometimes evil. Some warlocks find themselves at odds with their patron and have to fight to keep their abilities, or else suffer at the patron’s wrath. Others take to their path like a fish to water. There is also a race of beings in D&D that are born of mortals and fiends (such as demons and devils) – the tieflings. The fiend need not be a parent, since that as long as any fiend blood is in their ancestry, a tiefling can be born at any time. They are usually shunned for their heritage and have to fight the evil within their blood.

Still, bloodline magic being popular is not to say there aren’t our good old books and wands still around. J.K. Rowling’s Harry Potter series has plenty of witch and wizards with their books, scrolls, and most importantly, wands! Our pupils at Hogwarts need to study magic, which is pretty typical for magic users. However, the wand is the vital component here. Without a wand, nearly all witches and wizards would fail to be able to cast spells! Only the most powerful and skilled can cast without a wand, or even without speaking.

That’s hardly the end of it all. We’ll keep creating our fantasy lands filled with magical creatures and people able to wield the life and fabric of reality. I’m glad to live in a time where such abilities are met with curiosity and enthusiasm, rather than with fear. There’s much that can be accomplished through experimenting with our stories and holding our characters to the duality of magic – both good and evil.