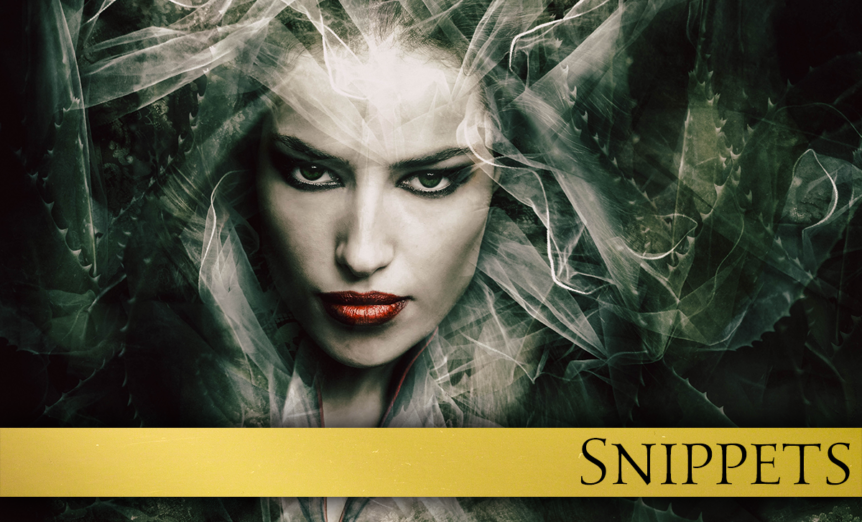 “Damn it!” Queen Emeri held her wand tightly in her fingers. It was a typical Virgoan wand, made from the howling willow that only grew on the peak of the Mountain of Truth, a place as dangerous as the Dark Forest. It was also the home of the oldest known witch, Mage Lenore.

Azure paused in the doorway of her mother’s study, not making a sound. She liked to watch her mother when she didn’t know anyone was there. That’s when she saw her mum, the actual person. In those moments the queen and all the responsibility tied to her was gone, if only for a short time. She appeared approachable, soft, and something else… Was that vulnerability she saw in her mother’s eyes? That was something new. The queen was concentrating, staring intently at a piece of paper as she muttered an incantation. Sometimes witches spoke when casting spells, but only if it was incredibly difficult.

“Damn, damn, damn!” Queen Emeri exclaimed, slamming her wand on the desk in front of her.

“Are you all right?” Azure asked, stepping out of the shadows of the entryway.

Queen Emeri looked up, her face at first showing how startled she was and then arranging itself into something more acceptable.

“Yes, I’m fine,” she said, tucking the thick piece of parchment she’d been working with under a stack of papers. “I mean, no. That’s why I asked you to stop by. I thought it wouldn’t be for quite some time though. Your fitting, did it go all right?”

“As it always does,” Azure assured her mother. She’d been the same size for decades now, since she stopped growing at age eighteen. “I’m not wearing the shoes, though. Those heels are a form of torture, and I fail to see what I’ve done to deserve that.”

Queen Emeri smiled, but it didn’t reach all the way to her eyes. Something was wrong.

That’s what this whole meeting is about. I wish I were anywhere but here, thought Azure.

Azure wanted to be off experiencing her last bit of freedom with Monet, berating him for being a worthless toad-brain or whatever other insult came to mind. However, royal duties had been sucking up all her attention lately. Monet had taken it upon himself to inquire around Virgo about Charmsgood’s whereabouts. The Potions Master’s absence was creating more and more problems, as witches and wizards ran out of ingredients or potions or just his clever expertise.

“You don’t have to wear the shoes at the coronation,” her mother finally allowed, standing and striding around her large desk, which overflowed with books, papers, and quills. “Azure, I’ve been explaining how you will lead the Virgoans for quite some time. However, now we need to discuss how you will protect them.”

The younger witch turned to face her mother directly, putting her back to the large fire to warm herself. “I’m listening.”

From SARAH>>> It’s hot as hell here in Southern California. Going outside in this hundred degree weather hurts. How is the weather where you are? Stay safe and cool. Oh and here’s a snippet from House of Enchanted to keep you entertained!