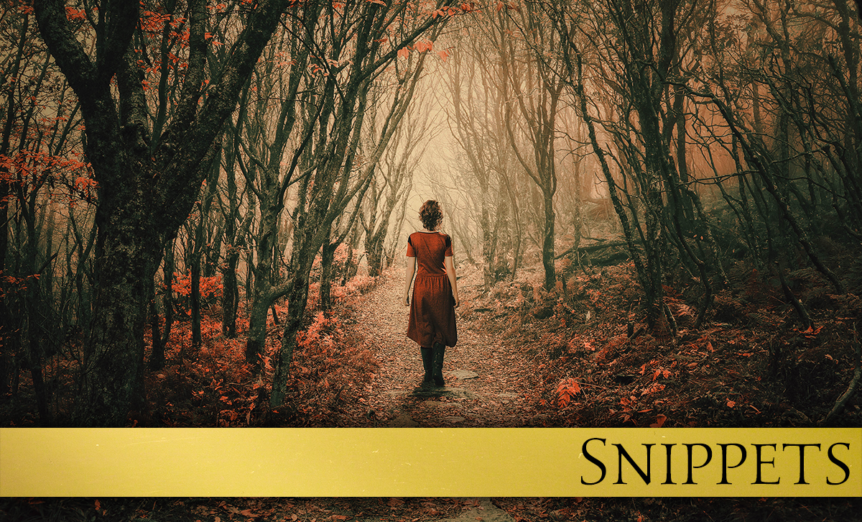 “The emotional climate might shift when there’s a change in the monarchy. I suspect that the humans from the Land of Terran might try something.”

“But the treaty and Emperor Richard won’t allow that,” Azure stated. The Emperor, from everything she’d seen, had worked hard to keep the peace between his people and those of Virgo, although not always successfully. “I know that humans hold themselves as superior to most, especially witches and wizards. And the people of Virgo are never keen to put up with prejudice, sometimes even revolting against the abuse…” Azure’s voice trailed off. She wasn’t sure what else to say.

“There are things he can’t control. The prejudice humans have for us is deep-seated, inherited from the earlier generations. They learned most of it from the previous emperor, Richard’s father. Witches and wizards are already being attacked when they cross a Terran human’s path. Hate is taught rigorously in their realm, and that is a very hard thing to unlearn,” the queen said.

“Well, then maybe we should delay the coronation, at least for another year or two, until you’ve had a chance to mend relations. Maybe if we implement a goodwill campaign—”

Azure’s mother held up a hand to silence her daughter. “Those humans don’t want anything we have to offer. I’ve already floated the idea of a trade with them, but they refused to purchase any of our goods. They don’t need them. It’s unfortunate, because we could have used the exchange.”

Virgo was rich in many ways; its people were happy and had incredible powers. However, the one thing it lacked was something both valued and stable enough to serve as a currency. The Crystals had vaults overflowing with their medium of exchange. The Light Elves were said to throw gold around like it was confetti. But the witches and wizards of Virgo struggled to maintain a healthy economy and relied mostly on a barter system, which wouldn’t work very well if no one outside their borders would trade with them.

“I want you, once you are queen, to recruit allies to our side, creatures who can be our ears and eyes. We will need strong soldiers to defend Virgo if we’re attacked. The Kilomeas make logical sense, although I have no idea how to recruit them,” Queen Emeri said.

“The Kilomeas? You want me to saunter over to the Chief of the Kilomeas and devise some sort of agreement? You have heard that they are pretty unreasonable creatures, right?”

“Yes, Azure. I’m well aware that they are violent and volatile. But I’ve gotten word from witches and wizards who have passed through the mountains and close to the Land of Terran that traps are being set for us. And Virgoans have gone missing. Even now Charmsgood is nowhere to be found. I must insist that you take an aggressive approach. It’s the only way.”

Azure threw herself down on the embroidered loveseat set next to the fire, her corseted dress rising up on her chest as she did. “Mother, this is increasingly sounding like a horrible time for me to take the crown. I don’t understand.”

Queen Emeri strode over to her, her long gown gliding over the floor, and knelt so she was even with her daughter’s face. “Azure, the reason you must take the crown is the same reason I believe we are in such danger from the humans of Terran. I’ve had a team of alchemists working, and they are sure that a virus has infected the witches and wizards of Virgo. We think it was created by the humans with us as their target and aimed specifically at Virgo.”

“What? How is that possible? Who is sick?” Azure leaned forward, noticing a shadow that danced across her mother’s eyes for an instant.

“There have only been a few cases, dear. It isn’t serious yet, but that’s why I’m encouraging you to take this position. For your people,” her mother stressed, standing, smoothing the long swaths of navy blue material that made up her elaborate dress as she did. It moved like the waves of the ocean when a storm was approaching.

“How do we know that it was made by the humans?” Azure asked.

“The alchemists have a way of determining epidemiology, and the timing of the first case of the virus is key in all of this,” the queen said.

“We believe the virus was first contracted by the last Virgoans who were allowed inside the borders of the Land of Terran before they implemented their new laws.”

Azure stood at once, her neck and chest flushing with heat. “But, mother, that would have been you!”

Her mother turned to her, eyes full of regret. “Yes, Azure. Me, and my top cabinet officials. We were the first to contract the virus. Somehow we were poisoned.”

“The humans gave this to you? Infected you with a virus? Was it the Emperor?”

Queen Emeri shook her head. “We don’t know. It’s hard to tell who was behind it. My cabinet members and I were in contact with so many while we were there, and then the Terrans voted to close the borders afterwards. The timing was truly suspicious.”

“Mother, are you all right? Have the alchemists been able to…”

“No, they haven’t found a cure. Charmsgood was the closest of anyone, and now he’s missing. But Azure, I…” Her mother turned to the desk where she’d been working when Azure entered, pointing to the stack of papers where she’d hidden the piece of parchment. “When you came in, I was trying to magically alter a record. A simple spell, one I’ve used thousands of times. But the virus, it is robbing me of my magic.”

Azure’s face fell as understanding dawned on her. “That’s why you’re insisting I take the crown now.”

Her mother’s cold hands reached out and gripped Azure’s tightly. “My child, I can’t lead the people of Virgo if I don’t have magic. It wouldn’t be right. But you are ready. You have your power.”

The queen turned and strode behind her desk, not sitting but staring at the stacks of books and papers with a confused expression, as if she’d lost something and was trying to find it. “No, but you will soon. Bring it to me right away when you do dislodge it.”

“Mother, this virus… How does it spread?” She wondered if the entire population would soon have their magic stolen.

Biting her lip and close to tears, her mother shook her head. “We don’t know. So far it hasn’t spread past myself and my cabinet members. However, that’s why I’ve insisted that you elect your own cabinet members.”

“You really believe the humans are trying to take us out?”

“I think that some of them, maybe a lot of them, are doing what they can to sabotage us. It’s been a long time coming, and nothing I’ve ever tried has worked to repair relations. That’s why your first order of business needs to be protecting our people.”

Azure shook her head, her bluish-gray hair swaying over her bare shoulders. “My first order of business will be to seek a cure for this damn virus, Mother. There’s no way I’ll sit by and watch you suffer.”

FROM SARAH>>> Today is my birthday! Yesterday I finished the third book in this series! It was a goal to finish my 21st book before I turned 36. Now I’m going to the beach to drink wine like it’s water! Can’t wait for release day next week!