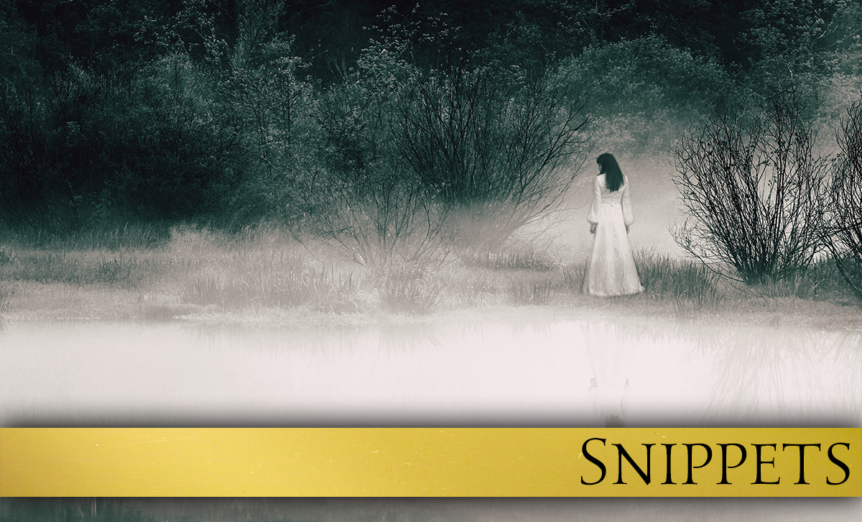 “What dangers should we be looking for?” Azure asked.

“I can’t tell you specifically, because unfortunately they take unpredictable forms. Just note that things aren’t as they appear. And, you will do best if you all stick together. But the dangers you face near the river are not lethal,” the mermaid said, swimming backward, her turquoise tail propelling her.

“The real danger, which will most likely destroy you, lies in the forest on the other side of the river,” the mermaid finished, a sly smile on her sharp mouth, her pointy teeth pronounced.

“You so should have expected that bomb to be dropped,” Monet said with a laugh, his eyes wide as he stared at the darkening sky.

“Yes, by now I really should have,” Azure said over her shoulder. “Can you tell us about the danger that could end us?”

Breanna shook her head. “I’ve got myself to look out for, and can’t have those beasts fishing for me. However, I will tell you that staying close to the river is best. The monsters live deep in the woods, but the worst one can be found in the desert.”

“But we have to venture into the forest and desert eventually.” Gillian was daring to argue with the mermaid.

“Then delay your death as long as you can. That’s my best advice,” Breanne said and then twisted onto her stomach and glided through the water. She ducked down and slapped her tail on the surface.

“What? No formal goodbye? How fucking rude!” Monet said, his hands on his hips.

Azure spun to face Gillian. “We’ve got to cross the river before dark.”

“Can we?” he asked, the question trailing away, his skeptical eyes on the bubbling river.

“Of course,” she said, pulling her wand from her robe’s pocket. She flicked it at Gillian and then Blisters. The two levitated and floated over the rapids of the Conca River.

“Wheeee!” Blisters said, kicking his legs in the air as he enjoyed the ride.

“Stay still, would you?” Azure ordered, concentrating as she directed them down onto the bank on the other side. When Gillian and the unicorn were firmly on the far side, Azure mounted her horse, ready to cross.

“Uhhhh… Queen Showoff, what’s that?” Monet asked, pointing at the woods on the other side of the river.

Azure squinted, noticing a light flicker on in the darkness of the trees. “I’m not sure.”

Gillian dismounted and turned to the forest. “There’s something twinkling just ahead.”

“I’ll just check it out,” Gillian said, heading into the darkness on the other side of the river.

“No! Stay put,” Azure shouted, speeding her horse up but sensing that the mossy rocks underfoot were giving her steed trouble.

“I’ll be fine,” Gillian said, waving her off. “It looks like the lights are just a few feet away. I’ll be right back.” The gnome disappeared into the forest.