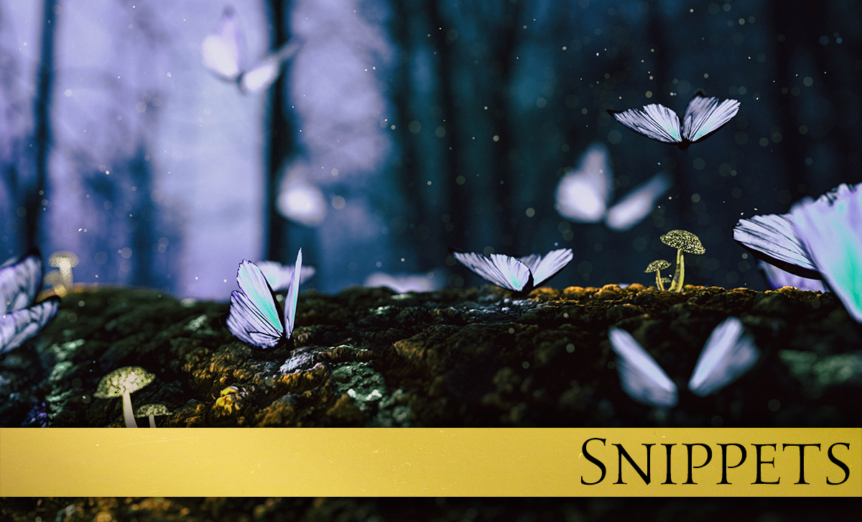 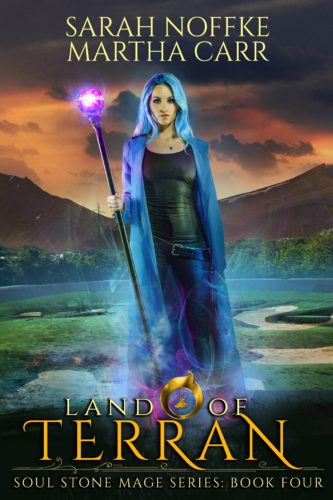 The long grass obscured Gillian’s loafers, so he stepped carefully. The setting sun’s light couldn’t be seen in the dark forest. The curious illumination in the distance kept blinking and shifting. It wasn’t like anything the gnome had seen, but it was just a light. How could it seem so different? He strode forward, pushing back a leaf that was nearly as tall as him. The fiery light had moved. It was just a bit farther off now.

“What is that?” he muttered to himself, blinking his eyes to keep them focused. The dark of the woods made it hard to see what was just in front of him.

The light danced to the right, and he changed direction to follow. It slid to the left as he closed in, and he followed suit.

As if in response, the light glowed brighter and receded farther into the forest. Gillian turned to the path he’d traveled on. It wasn’t really a path, but rather dense undergrowth he’d come through. Since he was a gnome it shouldn’t be difficult for him to find his way back out, but the lack of light would make it a bit more complex. Catching whatever was responsible for the illumination in the distance was his chief concern just now.

Gillian turned, and to his surprise the light had multiplied. There were three and they were scattered. He set off for the one in the middle. He’d catch that one first, then the others.

“What part of ‘stay put’ did Gillian not understand?” Azure asked, dismounting from her horse after they’d successfully crossed the river.

“I understood and stayed here, but mostly because the dark woods are scary. I want to go back to the House of Enchanted, Queen Azure,” the unicorn said, visibly shaking.

The darkness did make the surrounding forest appear rather ominous, and the mermaid’s warning hadn’t really helped soothe the cowardly unicorn.

“We’re not going back. You’ll be fine, but first we need to find Gillian.” Azure squinted into the forest where the gnome had disappeared. She didn’t see any lights, not now.

“I can help you,” a voice said in the distance.

The three spun, spying a figure seated by the riverbank. She struck a match, casting her elegantly beautiful face in a warm glow, and lit a campfire beside her. She sat back and crossed her bare legs in front of her. The woman wore a red dress, which was short in the front and long in the back. Her long brown hair was wet, dripping water from her shoulders.

“Yes, you can help us,” Monet said, stumbling forward, falling to one knee and extending a hand to the woman. “I’m Monet, the King of Virgo, and could use your assistance, fine maiden.”

The woman batted her long eyelashes at Monet. “Call me ‘Yako,’ King Monet.” She extended her hand to him, her cheeks flushing.

“First off, he’s not the King of Virgo. I’m Queen Azure. And second, what are you doing out here?” Azure swept her hand around at the river and forest.

Yako pushed herself up to a standing position. The train of the dress touched the sandy ground and her boobs nearly spilled from the low neckline. “I think what you really want to ask is why am I out here dressed like this and dripping wet.”

“The dripping wet thing is a bit curious.” Monet’s tongue was nearly hanging out of his mouth.

“I fell into the river and got lost from my party, just as you’ve lost your gnome friend,” Yako said, kneeling and pulling a bag of jelly beans from a sack that hadn’t been there a few moments before.

“I brought jelly beans too!” Blisters yelled gleefully, frolicking in a circle while trying to reach the saddlebag on his back

Azure held her hand down to quiet the unicorn. “You also brought matches, remember,” she said, her eyes resting on the box of matches next to the fire.

“Oh, what a coincidence!” the unicorn said delightedly.

“I don’t think it is.” Azure made Blisters freeze, and dug around in his saddlebags. “The bags are empty!”

“Are you accusing me of stealing your supplies?” Yako asked, venom in her tone as she popped a jelly bean into her mouth. She licked her fingers, her full ruby lips sucking on the tips.

“I believe I am.” Azure strode forward, protectively placing herself just in front of Monet.

“I don’t think you look much like a queen,” Yako said, wagging a disapproving finger at her.

“Who cares what you think? How did you steal Blisters’ supplies?” Azure asked, her fists by her side.

“Now, now! If you want to wrestle to resolve this, I’d be happy to be the referee. There’s probably a nice pit of mud around here,” Monet said, keenly looking around to locate a place for the pair to fight.

Azure shook her head. “You said that your party ran off the same way Gillian did. Explain.”

“It’s the will-o-wisps. They’re in the forest. Little lights that attract a traveler’s attention. Some say they are lanterns held by pookas. Travelers charge after the light due to curiosity, but it keeps changing direction until they are off the path and lost.” Yako settled herself in front of the fire again, her legs in front of her and toes warming by the flames.

“Why aren’t you going after your party?” Azure asked, her tone dripping with wariness.

“And risk getting lost myself? No thanks! I’ll stay here and wait for them to return,” Yako said, crossing her arms over her chest, her cleavage growing deeper. She rubbed her skin as if she were suddenly cold.

“Here, take my robes,” Monet offered, untying his mint-green robes and swinging them around the woman’s shoulders, where his hand lingered.

She pressed her hand on his on her shoulder, her head tilted to the side. “You’re such a sweet man, King Monet.”

Azure let out a frustrated sigh. “He’s not a king!”

“I’ve got a bottle of wine that I brought for the trip. Would you like to share it with me?” Yako asked Monet as if she hadn’t heard Azure.

“Hell, yes!” Monet agreed, settling down next to her. Yako pulled a bottle of red wine from the bag next to her, which somehow appeared larger than before.

“I brought that exact same bottle,” Monet said, awe in his voice.

“Such great taste you have,” Yako said, her tone innocent.

“Oh, for fuck’s sake!” Azure shouted, spinning around. “Blisters, you might be the only sane one left.” She halted. Her eyes wide. “Blisters?”

The little unicorn was gone.