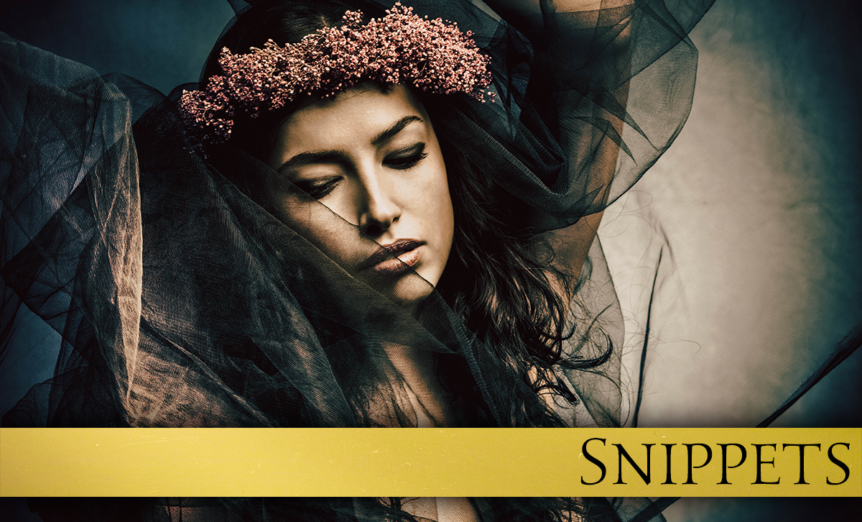 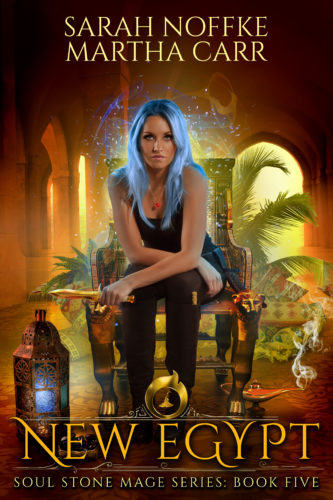 The Potion Shop was bursting with witches and wizards when Azure entered, a bell hanging from the door chimed as she shut the door. The shop had never been this packed. Were they running a sale on raccoon bile? She couldn’t understand why there was hardly anywhere to stand. She squeezed by a group of witches who were discussing potion ingredients for treating varicose veins.

Above the head of the crowd she spotted Laurel, who had a large bottle of greenish liquid held over her head as she tried to get through the people. “Coming through. Pardon me,” the werecat said. The witches around her hardly noticed her, which right then was irritating since she was trying to get by. However, for Laurel, it had been a dream come true. She didn’t think that a day would come when people didn’t stare at her cat face. Azure had assured her that she’d be a part of Virgo in no time, and she was proud that she was right. Now, she just had to convince the rulers of Lancothy that this was true for them outside of the kingdom.

“Laurel,” Azure called, bobbing around behind the witches. Just then they noticed her and all bowed in unison.

“Queen Azure, a pleasure to see you,” the witch in the front center said, rising to a standing position. She had dark blue hair and a bit of beard, which Azure tried not to stare at.

“The pleasure is all mine.” Azure smiled politely at the group. “Laurel, can you help me?”

Laurel looked relieved to have the witches part, and pulled the large bottle down from overhead, scuttling forward. She placed the bottle on a shelf next to Azure. “Queen Azure, just doing some last minute stocking of supplies before the trip.”

The witches did an awful job of pretending not to eavesdrop. Azure smiled at them again, this time a message way. “Good to see you all. If you’ll excuse us.” They nodded and cleared out of the potion shop, making it all of a sudden not seem so packed.

“What’s going on here?” Azure asked, throwing her arm wide at the many patrons in the shop.

“Oh, you haven’t been here in a while when the shop was open, have you?” Laurel asked.

Azure shook her head. She didn’t remember the last time she’d been to the Potion Shop during the day. Usually only at night when it was closed to help Monet stock or just get away from the House of Enchanted.

“It’s like this all the time. From the time we open to the time we close. I don’t know how Gillian will manage when we leave on the trip,” Laurel said.

“If anyone will manage, it will be Gillian. But I don’t understand. Why is the shop so popular now?”

A ghost of a smile made the corners of Laurel’s mouth twitch. “It’s better if you see with your own eyes.” The werecat grabbed on to Azure’s forearm and pulled her through the crowd to the front where there was a large table set up with cauldrons and bottles. A fire burned in the hearth behind it, a cauldron hanging over it and blue smoke rising up the chimney. Monet was behind the table leaning across it, pointing at an open book. A wizard with orange hair and a petulant expression stood on the other side of the table.

“I don’t care what this useless book told you. Rolly pollies have no use in an ingrown toenail potion. Swap it out for cricket antennas and it will work,” Monet said, shoving the book back at the wizard.

“Next.” Monet motioned the next person forward, a tall witch who stood a foot over Monet, her long flowing yellow hair was pulled back, her purple soul stone fashioned in the clip that held it. She leaned down low, whispering to Monet. He nodded, seeming to understand at once.

“Over there. Second shelf, third from the right. Take it every morning and you’ll see results,” he said to the witch. A wide grin took over her face as she wrung Monet’s hand, expressing her gratitude.

“Gillian the good neighbor potion is ready,” Monet said, motioning the next patron over.

From behind the table Gillian popped up, his head and his green eyes coming even with its surface. “How do you know?”

“I can smell it,” Monet said, in the middle of discussing something with a client.

“I’m in the middle of sorting through inventory down here. It’s a mess. Don’t you ever organize?” Gillian complained.

“No, I was saving that job for you.” Monet looked up, his eyes finding Azure. “Queeny, get over here and make yourself useful. Get this potion off the flames.”

Azure bustled over behind the long table and used a long hook to pull the cauldron off the fire. She set it on a cooling rack.

Gillian was sitting on the floor, a few dozen bottles around him. He picked up one, checked the contents and then scribbled on a pad beside him.

Azure kneeled down, making herself level with him. “Doing inventory?”

Absentmindedly he nodded, not looking up.

“Are you going to need more assistance to cover the shop while we’re gone? I assigned you Blisters and three other witches, just to look after him and clean up his messes. Is that alright?” asked Azure.

Gillian pointed to three bottles, counting in a whisper. “No, I’m not hungry. Maybe later. Thanks Laurel.”

Confused, Azure’s head tilted to the side. “Gillian, are you alright?”

He lifted his chin and looked directly at her, startling at once. “Queen Azure, I’m sorry. I didn’t realize that was you.” He stumbled to a standing position, bowing low to her.

She encouraged him to relax, waving her hands at him. “You’re fine Gillian. Please don’t get up. You’re in the middle of working.”

Gillian stared down at the bottles and nodded. “Yes, it takes my full concentration. We go through supplies faster than I can organize them.”

“Why is that?” Azure asked, staring around at the large shop that had shelves lining the walls, all bursting with ingredients. In the center were barrels filled with bottles of potions and dispensers that hung from the ceiling where patrons could fill their own bottles with popular formulas.

“For as worthless as we all thought Monet was, he’s proved us all wrong.” Gillian leaned forward, whispering. “He appears to be an extraordinary potion maker.”

“I heard that!” Monet said, his back to them as he helped a witch with a large boil on her cheek.

Gillian shook his head. “I’ve never seen anything like it. He might know more about potions than anyone I’ve ever heard of.”

Azure smiled proudly. “I’m not surprised. That’s why I appointed him to Potion Master.”

“I’ve wondered from the beginning what you saw in him and now I might have a clue,” Gillian said, thumbing at the bottle in front of him.

Azure smiled with pride. “There’s a lot more to Monet than just knowing potions. If he deceived you into thinking he was useless then you played right into his act. I’m certain he pulls us all into the ruse just so everyone underestimates him and then is stunned when he saves the day.”

Gillian pulled his brown bowler hat off his head and mopped his forehead with the handkerchief in his breast pocket. “Well, then he won because I’m thoroughly shocked.”

“I’m a bit worried that you’ll need more assistance to manage the shop when we leave,” Azure said.

Gillian dismissed her with a shake of his head before placing his hat back on. “It won’t be like this, don’t worry. Sure, people will stop in for ingredients, but most come to get advice from Monet.”

“You know quite a bit about potions though,” Azure said.

“I don’t know nearly as much as he does. It’s like he has a special instinct for them. He can feel when a potion is off. My expertise is limited to what I’ve read in books.”

“So you’ll be alright?” Azure asked.

“Yes, I’ll be fine. Thank you.” Gillian’s eyes drifted down to the potion ingredients at his feet. “Now, my apologies, your majesty, but I must get back to work.”

“No apologies necessary.” Azure settled down on the floor next to Gillian, pushing her gown to the side so it wasn’t in the way. “But I’m not going anywhere until you’re all caught up. Tell me how I can help.”

“I am leaving tomorrow, which is why I should help you now.” Azure extended a hand, combing her fingers through the air. “Hand me the inventory sheet. Together we can knock this out twice as fast.”