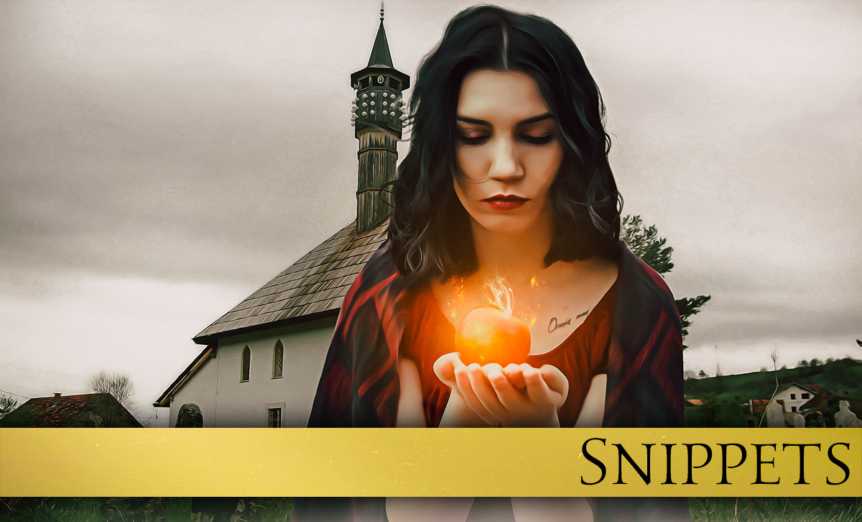 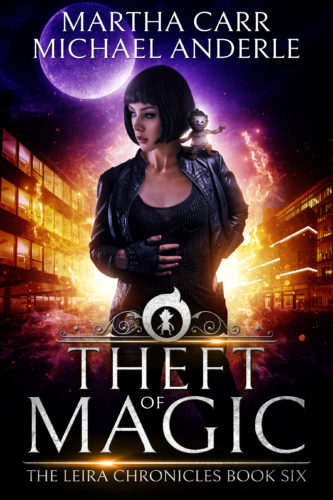 Leira stood in the center of the cavernous PDF warehouse looking around at the small circle of people, carefully measuring her words. Her hands were dug into the pockets of her favorite worn brown leather jacket where no one could see her clenching her fists. “You all heard me. Take a seat and someone start talking. Nana, I elect you. You brought the plus one.” She glanced at Jackson, falling back on her instincts as a federal agent and assessed the situation, sticking to the protocol. It’s what she did whenever a situation was quickly becoming a shit show. I see the resemblance. It could be true.

Leira gave her grandmother the same patient look she used in any interrogation as a detective. The inevitability was obvious. The information was going to come out. It was just a matter of when and patience, but Berens’ women all had a measured amount of patience that could quickly hit a wall. Her old partner, Hagan looked around at everyone counting the seconds in his head. “This is a new kind of shit storm,” he muttered. “He does not look old enough to be your father.”

“He doesn’t look clean enough to be anyone’s father.” Correk grimaced, his feet in a wide stance and his arms crossed against his chest.

“He’s an Elf who’s been on Oriceran. It’s like its own magic potion. And believe it or not, Correk, in his day he cleaned up pretty well. This hermit routine he picked up in recent years.” Mara pushed Jackson further into the center of the warehouse.

The air in the large metal warehouse felt still and close as everyone froze right where they stood. A large black fly buzzed noisily over the long table set up down the middle of the room. Leira gave a sidelong glance at her grandmother to see if she was casting a spell to slow down time but Mara was avoiding her glance and her skin wasn’t glowing. An icy breeze blew across the back of Leira’s neck. The warehouse was never air tight and Austin was in the middle of a rare cold snap.

Hagan finally found his voice and cleared his throat. “This has got to be the definition of awkward. So in other words, a normal family get-together.” Leira’s eyebrows shot up as she looked at him but he just shrugged. “I think honesty is going to be your friend here, partner. Your long-lost father showing up from another world in the middle of a large dinner ranks right up there.” He held his hand high in the air. “Moments like this we usually make sure everyone has checked their weapons, which is a little tougher in this crowd. Weapons being built in, and all. Kind of wish Lois was here. She wields a mean wand.”

“That won’t be necessary.” Symbols flashed along Leira’s skin, subsiding as Jackson’s eyes widened in surprise. The silverware along the table rattled and clinked and rose in the air a few inches before settling back down.

“The energy is telling her what to do next,” gasped the Elf. “It’s predicting the inevitability of outcomes…”

“No fucking kidding,” whispered Mara. “Your daughter has a few magic tricks we’ve never seen before.”

No one moved from their spot, turning their heads to look at Leira to see what she was going to do next.

No one except Jackson who gave the same familiar one-sided smile as his daughter, Leira, his green eyes half-closed. It hid the even mixture of panic and anger roiling through him. Correk noticed the Elf working his hands by his side even as he tried a casual stance. He looked over at Leira and saw a familiar pain in her face. Bits and pieces of lost family coming together again. This time not by her reckoning.

“No one’s going to sit down at the table? Okay, we can start right where we are.” Leira blinked hard a few times, her chest rising and falling. Breathe. For once, don’t say what you’re thinking. She was twisting the saphire ring on her finger. “Nana, you care to explain? I thought you said he was dead and best forgotten.”

“That stings.” Jackson scowled at Mara. “I should have known that would be your general description of me.”

“More of a hope mixed with a truth… for a while. What I told you in your shack was true. Hate me,” she said, pointing at Leira, “she’s still your daughter.”

“More of a cabin than a shack and I can’t stay in this world forever. Left my dog alone.”

“Already trying to leave. Now, that is familiar.” Mara’s Texas twang grew thicker, a short burst of anger crawling up her spine. “Think you have enough time to at least help out your only child? She needs the information inside your head.”

“See? Regular family dinner…” Hagan gave another shrug and wiped his face with his handkerchief, pulling out a chair. “I’m sitting and if no one starts making sense soon, I’m eating.” He opened the box sitting on top with the familiar Home Slice logo to see what kind of pizza was inside.

Jackson worked his jaw as he looked at Leira locking eyes with her. She held his gaze, defiantly lifting her chin.

“I’ve seen that look before,” said Jackson, evenly. “You get that from your mother. Fight your way out of a corner with a rusty hair pin if you had to.”

Leira looked past Jackson to her mother on the far side of the table.

“Mom? You knew he was alive and kicking?”

Don squeezed Eireka’s hand as she licked her dry lips, buying a little time. She raised her chin and chose her words carefully, eyeing Jackson. “You left me before I could tell you about Leira. Vanished. I was hoping that meant you were dead.”

“At least you women are all consistent in hoping I’m dead.”

Mara cleared her throat just as alarms went off overhead. There was more footage on the screen of the troll in action in a bar with a barely distinguishable view of Hagan behind him just as Hagan turned and the letters PDA appeared on the back of his nylon jacket.

“Well, fuck me.” Leira stood in front of the magical screen hanging high in the air, watching the video of the troll standing well over six feet tall in a dark bar in Austin, growling at a trio of over-muscled meatheads. The comments were piling up underneath with people guessing if it was a fake or there were now Yetis in Austin, Texas. There were even comments about the fat dude behind the hairy beast. “The other kind of trolls of a human variety making themselves known.”

“This is going to make it hard to go back to Barfly’s. That’s my favorite hidey hole. Best cheap beer in town..” Hagan let out his own growl and slapped his hand down on the pink Voodoo doughnuts box, bending the top.

“Hey!” The troll peeked his head out from inside the box, his mouth full of chunks of chocolate doughnut as he looked up at the screen. “Uh oh, that’s not good.” Crumbs tumbled from his shoulders and belly, down around his feet. “Huh?” Yumfuck licked a finger and pressed the stray bits of doughnuts, popping them into his mouth. “Yummmm…”

A loud growl filled the room, echoing from the video. The troll looked up at the screen, surprised. “Hey, I look good. Nice angles.” The troll let out a cackle and dove back under the box as it jiggled across the deck. Hagan looked at the box and back at the screen, taking his handkerchief out of his back pocket and wiping his forehead. “Not Barfly’s,” he moaned.

On the screen everyone watched Yumfuck dragging his oversized claws across a bar letting out a roar. In front of him was a man in a sleeveless plaid shirt with hairy arms, snarling even as his eyes grew wide with fear. Leira felt a certain amount of satisfaction and dread. Always nice to put down a Jughead but not in front of the world.

The number of views was rolling in the lower left-hand corner, quickly climbing to three million views and hundreds of thousands of shares. She felt the tension grow in the pit of her stomach. The desks across the room rattled for a moment as if the ground was shaking. Leira took a deep breath and let it out. That’s new.

“Maybe no one will know it’s Barfly’s.” Hagan licked his lips just as the neon flashed by the side of the bar. Barfly’s sputtered in bright red with a Budweiser in blue glowing beneath it before the whole thing sparked and fizzled out.

“Great…” Hagan let out a deep sigh. “I suppose there are other watering holes in Austin with the same appeal.”

Leira looked at him, slightly amazed. “I take it you mean early decrepit with a solid C rating from the Travis County Health Department. Maybe just a few dozen”

“You are looking at Texas vintage,” he argued. He opened the top pizza box and pulled out a slice, folding it in half and taking a big bite.

“Hagan you manned up more when you were shot. How about we focus on the real problem here. You’re blowing our cover, which won’t sit well with the General. I kind of like our job and I’m thinking anonymity is a key part of the job description.”

“That’s not something you see every day. An oversized troll taking care of business on Earth. At least not since the gates slammed shut.” Jackson scratched his chin through his scruffy beard as he walked closer to the screen. Closer toward Leira.

Mara cleared her throat and reached out to tap Jackson on the shoulder. “Uh, Jackson… most of these people just met you. Including your…” The word caught in her throat for a moment. “Your daughter.” She choked out the words.

Leira felt the hairs bristle along the back of her neck. Of course this is the way I meet my father. She rolled her head, stretching her neck. After all these years. An ache rolled through her chest. She kept her attention on the screen making a point of not looking at her mother or grandmother. Not yet.

Correk slid in between Jackson and Leira, taking a wide stance, nudging Jackson over a few feet. “We can come up with something. The world already knows about magic, thanks to Rhazdon and the prophets. The video misses the part with the troll growing and Hagan is in the background. Hard to tell who he is, mostly… PDA won’t register with anyone.”

Leira turned around to glance at Hagan who looked sheepish as he grimaced with a hard swallow of pizza. “All kind of happened pretty fast. If it makes you feel any better we stopped an old Wizard at the bar from using his wand.”

Leira gave him a dead fish look and looked back up at the screen.