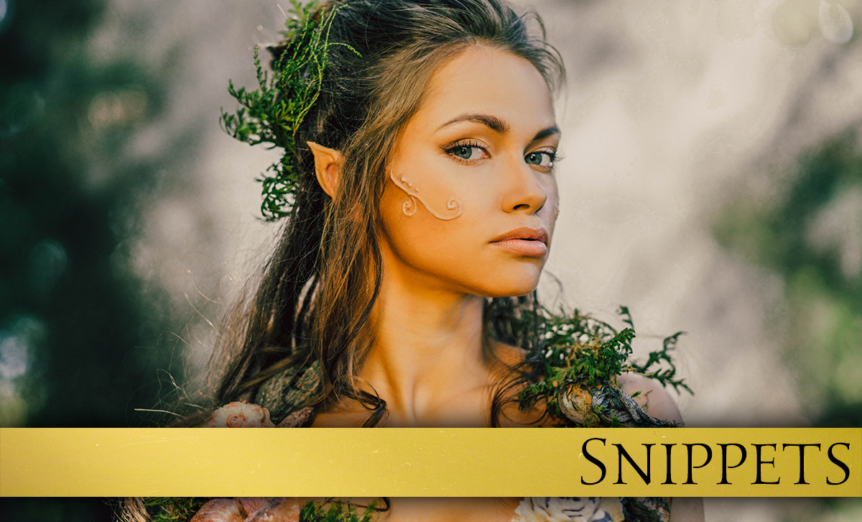 Hot winds blew across the pillaged and broken land of Leo. The constant battles had burned down every cottage in the village, and the only structure that still stood was the House of Torrance, on the high hill.

The sight of the scorched rolling hills on the outskirts of the Dark Forest knocked the breath out of Mage Lenore. There was nothing to be done for the kingdom of Leo now. The land would need to rest and the people needed time to mend. One day, Mage Lenore knew, this would be a thriving nation again. Only then would its rightful leader would return.

“Pssst!” Helga spat from the shadows.

“I see you clearly,” Mage Lenore admonished the witch. “There’s no reason to ensure that everyone in the vicinity hears you.”

Helga pulled her hood tighter over her head. “Do you think I’ve been seen?”

Mage Lenore halted right in front of the witch, pressing the bundle she held firmly into her chest. “Of course you haven’t. I’ve cloaked this section of the Dark Forest.”

“Is that why I didn’t encounter any deadly beasts on the way through?” Helga asked.

“Well, that, and also because you’re as annoying as a screeching night owl,” Mage Lenore teased. “Who would want anything to do with you?”

Helga hitched up her hip. “I know a wizard or two who would.”

“And per our agreement, you’ll keep yourself out of wizard’s beds, correct?” Mage Lenore asked, a sturdy look in her ancient eyes.

“Have I been cleared of the charges?”

Mage Lenore nodded. “I have arranged to have all of your records cleared, with the understanding that you’ll behave yourself from here on out.”

“Then only the straight and narrow for me,” Helga said, sounding resentful about the notion. “What do I have to do in return?”

Mage Lenore cast a last look at the bundle in her arms before handing it over. “You must raise this as your own.”

Mage Lenore gazed contemptuously at the witch before her. “And yet you also don’t want to be imprisoned for the many crimes you’ve committed all over Oriceran, or pay any of your debts. The House of Enchanted has granted you immunity and the right to live within their borders, and they were the only ones willing to take you. I think that should show you how unwanted you are, Helga Petersen.”

The witch’s bottom lip protruded as she stared down at the sleeping child in her arms. “But this a baby, and I’ll have to—”

“Selfishly care for it at the expense of your own needs,” Mage Lenore said, cutting Helga off. “Yes, I think it is the perfect rehabilitation for you.”

“Where are its parents?”

“And what am I supposed to do with it? I don’t know the first thing about children,” Helga groaned.

Mage Lenore swept her eyes at her back. The fires were spreading. She should be gone soon. “You will learn. The Queen of Virgo has kindly offered you some provisions. She has recently given birth to her own child, and has taken pity on you.”

“I don’t need hoity-toity royalty looking down their noses at me,” Helga said bitterly.

“Then you will decline their help and do it all on your own, but you will take care of the child,” Mage Lenore stated firmly.

“What do I say happened to his father?” Helga asked.

Mage Lenore sighed. Anyone who knew Helga wouldn’t really wonder how she had a child; more likely, they’d wonder how she didn’t have a brood of them.

“You’ll simply say that he disappeared,” she commanded.

“Fine,” Helga said, staring at the baby boy like he was a pile of slugs. She started in the direction of the Dark Forest, trudging through the thicket of branches unhappily. When almost cloaked in its darkness, she spun back around to face Mage Lenore. “What is his name? Or can I name him myself?” she asked hopefully.

The oldest witch on Oriceran shook her head. “He has a name. One that he shall carry for all his life.”