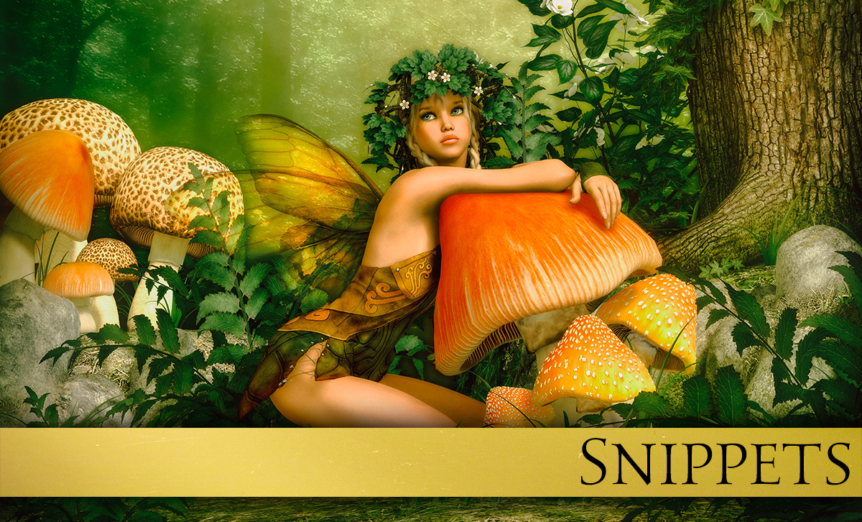 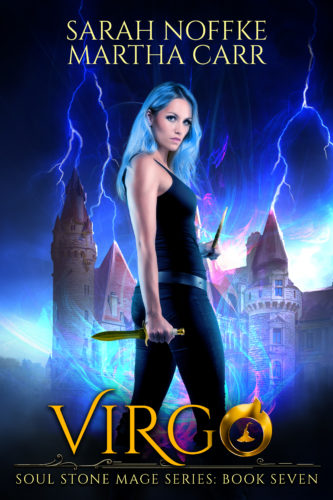 “It is old,” Cordelia replied, a hint of mischief in her voice. “Keep your eyes closed.”

Dutifully, Hamilton kept his eyelids firmly shut. “There’s also a bit of rot in the air.”

“Yes, I don’t think there’s any way to get that out of the place. Let’s call it a part of its charm.” Cordelia positioned Hamilton in the perfect spot and waited until Ata had lit the last torch. Buzzing with excitement, she came around to stand in front of Hamilton, her long red gown brushing the ancient tiles.

“Okay, you can open them,” Cordelia said, smiling.

He opened his blue eyes, blinking several times to clear his vision as his focus adjusted to the dark. Mouth falling open, Hamilton rotated, taking in the large room, with its vaulted ceilings held up by giant columns.

Cordelia nodded, her hands pressed together in front of her.

Cordelia extended her arm to the wizard who stood on the far side of the room. “Ata was able to lift the magic that prevented us from entering. Now the Great Pyramid of Giza is our home. A headquarters that you can finally be proud of.”

“I can’t believe you did it.” Hamilton’s loafers made a clicking sound that echoed through the long chamber as he strode toward the far end.

“For you, my darling, I’d do just about anything,” Cordelia stated.

Hamilton spun around, a playfully cautious expression on his face. “‘Just about anything’? What, you won’t sacrifice yourself for me, is that it?”

Cordelia laughed. “I’ve spent hundreds of years feeding your every whim. You want me to sacrifice myself for you?”

Hamilton strode back in Cordelia’s direction, halting in front of her, a brilliant smile lighting up his handsome face. “Not that many things can destroy us, being founder vampires, but I do expect you to throw yourself into the fire to save me, should the occasion arise.”

Cordelia lowered her chin, a coy look on her face. “Do you like it?”

Hamilton brandished a wolfish grin. “Of course I do, my love. It’s perfect. I’m confused though—I thought that the Great Pyramid of Giza contained only small burial chambers and connecting tunnels.”

Cordelia nodded. “The pyramid on Earth is as you describe. However, the magic on Oriceran made Giza more similar to the Sphinx.”

“Which the New Egyptian witches and wizards have taken over,” Hamilton growled.

“Not for long.” A flash of confidence flew to Cordelia’s eyes. “Ata was able to remove the wards that prevented vampires from entering this pyramid, so he’ll be able to do the same to his old home. Won’t you, Ata?” Cordelia spun to face the wizard, standing by a wall covered in golden hieroglyphs.

Robotically, he nodded. “Yes, master. I’m working on it.”

“Make it happen,” Cordelia commanded. “At the rate the brood is growing, we will need a place to expand.”

Bats squeaked from the ceiling overhead, drawing the attention of both vampires.

“Is the colony ready for the journey?” Hamilton asked.

“Yes, and once we have turned a few choice witches and wizards from Virgo into founder vampires, we will be strong enough to overwhelm the coven here.” Cordelia felt the hunger that always accompanied a good mood. Her fangs slid down, and her skin burned from the elation of the moment.

“Magic will soon be destroyed,” Hamilton said, a triumphant smile on his face.

“And then vampires can reign, once and for all,” Cordelia exclaimed.